3 Things You Should Know About Data Centers 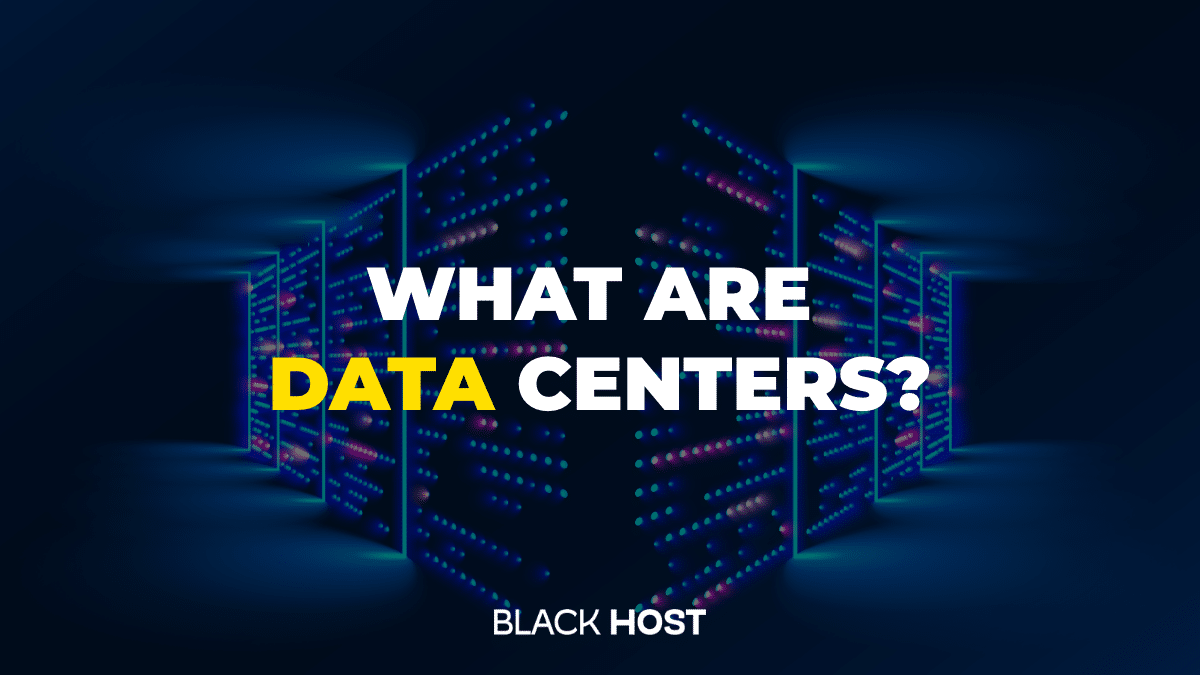 Data centers are one of the main pillars of the internet. Thanks to the data centers, no matter where we are, we can have access to every piece of information that is out there in the virtual world. In this post, we will explore the three key aspects of data centers:

So, let’s jump into the first aspect of DC (Data Center).

What Is a Data Center

Two key components are crucial for the smooth functioning of the data centers, namely electricity and cooling. The servers won’t start up without power. Data centers are responsible for 1% of all the electricity that is consumed worldwide. Furthermore, if there’s only one type of cooling system in case of malfunction, the servers will overheat and collapse.

Fun fact: some DCs use the hot air from the server rooms to heat houses rather than cooling it right away.

Additionally, the whole data center classification depends on various factors, including the number of distribution paths that are used. Accordingly, it’s a good practice to have more than one path of electricity and cooling in the facility, and in the next part, we will discuss the Tier levels of a data center.

There’s a standardized system that classifies data centers into 4 different Tier levels, with Tier 4 meaning the most robust one. The classification depends on various factors, including the critical load distribution paths, the redundant components, cooling system capacity, uptime guarantee, and some other specifications that are critical for flawless server functioning.

So, let’s take a closer look at the Tier level classification:

Usually, choosing a Tier 1 infrastructure for the DC may leave servers and businesses altogether open to risk. That is due to a few reasons. Tier 1 has a single path of power and cooling, and in most cases, has no redundancy or backup components. That means that if there’s a power cut, the servers will go down, which may also be the case with unplanned maintenance. Due to the lack of additional resources, Tier 1 has the biggest downtime of approximately 28.8 hours a year and 99.671% guaranteed availability.

A Tier 2 data center’s infrastructure is similar to the one using Tier 1, but it has some improvements. In this case, the power and cooling are both with a single path, but there are also redundant and backup components included, which leads to cutting the downtime at 22 hours annually. Thus, the guaranteed availability of Tier 2 is around 99.741%. This type of DC usually does not offer some fancy hardware performance but provides a balance between cost management and performance.

Tier 3 infrastructure has multiple paths of power and cooling systems and uses redundancy and backup solutions. That allows updating and maintaining the servers almost without taking them offline, but there’s a slight chance that unplanned maintenance may still cause a problem. In case of a power cut or cooling failure, there’s always a backup, in which case the servers will keep running. The guaranteed availability of Tier 3 is 99.982%, which cuts the downtime to 16 hours annually and makes this level the best solution of all for a reasonable price.

And there’s the Tier 4 infrastructure on top of all with only 26.3 minutes of downtime annually. Yes, you’ve read that right. And just compare it to the Tier 1 downtime of 28.8 hours. This infrastructure has redundancy for every component, which leads to 99.995% guaranteed availability. That’s why this level is at the top of all. It’s the safest and most resilient one, but compared to Tier 3 is a bit more expensive; hence not everyone can afford to build this type of data center.

There’s virtual security, specifically cybersecurity, that includes different anti-attack strategies like filtering the traffic, routing traffic, and blocking suspicious traffic, but we’ll talk more about this in a separate post.

Layer 1 refers to the boundary line of the property. Ordinarily, this level consists of a fence, some signage, and warning lights. As you pass the first barrier, you’ll enter the perimeter security, which is the second level of physical protection.

Layer 2 is the main entrance security. This level includes a variety of security measures such as an electric fence, 24/7 guard support, motion sensors, and video surveillance in this area. At some DC there’s a vehicle crash barrier in case someone tries to crush into the property. After you pass the security gate, you’re just a small step toward the servers.

Next is layer 3, namely the facility control. As you enter the building, there’s the secure lobby where a security officer has to verify through different steps along with your ID that it is actually you.

The access control system may differ and include one or more kinds of verification steps. Practically all of the data centers use biometric access control, such as facial or iris scanners, fingerprints, and even liveness detection along with biometric authentication.

At layer 4, there’s a separate security surveillance room. Generally, this security operation center integrates all of the previous security measures. Here, everything is being observed 24/7. Including the video surveillance both from the outside and inside the facility, ID scanner, and the whole biometric control system.

Layer 5 may differ due to the DC infrastructure and rules. At some data centers, there are separate computer and cabinet control rooms, or a room where old hard drives are getting destroyed.

Lastly, Layer 6 is the actual data center floor. And that’s where the magic happens.

There’s a rule that within secured areas, only one person at a time can get through a door. Furthermore, there are doors that you should never ever push aggressively due to an alarm trigger.

We urge you to watch this awesome video from Google, on how they protect their Google Cloud data centers:

Where Do We Stand?

We operate in Tier 4 datacenters operated from top Tier 1 global ISP with 6 layers of security. This gives us the liberty to provide a 99.95% SLA uptime guarantee for all of our services, with an x10 compensation for any bigger downtime from this.

So, in short, with our x10 compensation program, if you experience 1h of downtime this month, you will be compensated for 10 hours extending in your service.

But operating in Tier 1 ISP’s datacenters is giving us another benefit besides the uptime and physical security, and that is bandwidth, lots of it 🙂 In fact, it’s so much that we offer unmetered bandwidth on all of our services, starting with 1 Gbps and up to 100 Gbps.
For more information on this subject, I recommend you to read our blogpost on: What is UNMETERED VPS and how do we make it possible.